Memorial Candle Tribute From
Humble
"We are honored to provide this Book of Memories to the family."
View full message >>>
In Memory of
J. F.
Lieder
1927 - 2022
Menu
Send Flowers
Plant a Tree In Memory of Your Loved One
Click Here 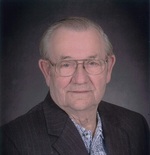 J. F. is preceded in death by his wife J. Blanche Lieder, his sister Margie Lieder-Richardson, and his brother Victor A. Lieder. He is survived by his sons Jeff Alan, Dennis Wayne and Darrel Eugene Lieder; his five grandchildren, Danielle Lieder-Schife and husband Derek Schife, Emily Ann, Chelsea Nicole, Kade August and Jase Darrel Lieder; one great-grandchild, Henry Derek Schife; his brother Lee Roy Lieder; and a number of nieces and nephews
.
J.F., or Jeff as he was known to his family and friends, served in the U. S. Navy aboard the USS Thomas J. Gary (DER-326) in WWII and aboard the USS Glendale (P.F.-36) during the Korean War. Jeff retired from Shell Oil in in 1982.