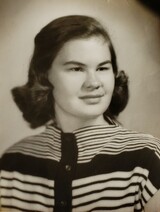 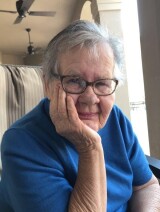 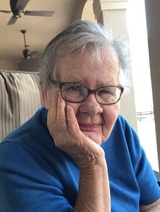 Memorial Candle Tribute From
Humble
"We are honored to provide this Book of Memories to the family."
View full message >>>
In Memory of
Judith Jeanette
Forestieri
1938 - 2021
Menu
Send Flowers
Plant a Tree In Memory of Your Loved One
Click Here 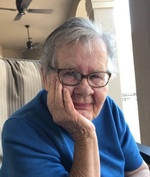 Judith Jeannette Slavik Forestieri, 82, of The Woodlands, Texas was called home to her Heavenly Father, Wednesday evening, February 3, 2021. She was born September 4, 1938 to John M. Slavik and Velma Lois Campbell in Amarillo, Texas.

Judith Jeannette Slavik Forestieri is preceded in death by her parents, John M. Slavik and Velma Lois Campbell; Husband, Francis Girard Forestieri; and brother- in-law, Ronnie Braddock. She is survived by her sister, Jo Marie Slavik Braddock of Gayville, South Dakota. Survivors also include her three children: Gregory Girard Forestieri of Humble, Texas, wife Ana Surface Forestieri; John Francis Forestieri of The Woodlands, Texas; Matthew Lee Forestieri, wife, Antonella Ballatori Forestieri of The Woodlands, Texas. Judy left the following grandchildren: Andrew Nicholas Forestieri, fiancé HarmonyJane Smith, Monica Cecilia Forestieri, Bruno Vincent Forestieri; Isabella Victoria Forestieri, along with many relatives and friends.
Judy graduated with a B.A. in Social Sciences from West Texas State University in Canyon, Texas. She was a member of St. Simon and Jude Catholic Church in The Woodlands, Texas. She was a schoolteacher and a school secretary with the Houston Independent School District. She valued hard work and enjoyed volunteering her time to help others. She volunteered at the Houston Seafarer’s Center at the Port of Houston. She also volunteered many years with the USO at George Bush Intercontinental Airport, Houston, Texas. She also was an avid football fan with an emphasis on pro football. She also enjoyed watching the Houston Astros during baseball season. She loved to laugh, watch old movies and enjoyed watching her three boys when they were together. She valued her time spent with her grandchildren and the many family occasions shared. Her family will always cherish her strength, long conversations and debates and sense of family. She will greatly be missed by all.