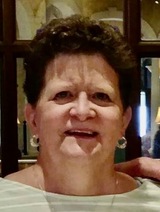 Memorial Candle Tribute From
Humble
"We are honored to provide this Book of Memories to the family."
View full message >>>
In Memory of
Sharon
Keeney
1957 - 2023
Menu
Send Flowers
Plant a Tree In Memory of Your Loved One
Click Here 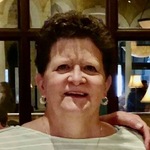 Sharon Angela Keeney, 66, passed away unexpectedly at her home on Thursday, Jan. 19. Sharon was born in Wichita Falls, TX on Jan. 7,1957. She was a proud graduate of Notre Dame High School. She cherished time spent with friends and family, and she loved frequent phone calls from her children and grandchildren.  She was a homemaker who was an excellent baker, cook and seamstress with an infectious laugh.  She also enjoyed gardening. She served as an administrative assistant for Cardon Health Care and AIG VALIC. Sharon was also a dog lover and raised many of them during her time on earth.

She was preceded in death by her mother and father Tom Sr. and Lois and brother Tom Swift Jr. In lieu of flowers please consider making a donation to an organization Sharon donated to monthly, https://loveoneinternational.kindful.com/2022-ambassadors/kim-stewart.

A memorial service will be held on Monday, Jan. 23 at Rosewood Funeral Home in Humble at 2 p.m. A
celebration of Sharon's life will be held in Wichita Falls at a later date.
Printable
Share on Facebook