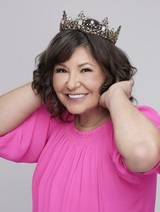 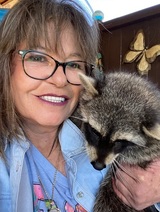 Memorial Candle Tribute From
Humble
"We are honored to provide this Book of Memories to the family."
View full message >>>
In Memory of
Traci Denise
Patton
1966 - 2022
Menu
Send Flowers
Plant a Tree In Memory of Your Loved One
Click Here

Traci Denise Patton passed away at her home in League City, Texas on September 18, 2022. She was born on June 30, 1966, in Canyon, Texas. She is survived by her husband Jim Patton; her daughter Calie Boswell of League City, Texas; her sons Josh Boswell of Houston, Texas, Jace Boswell and his wife Krislyn of League City, Blake Boswell and his wife Brooke of Dickinson, and Aidan and Ethan Patton, both of League City, Texas; her brother Josh Adkins and wife Gurjeet; sisters Amanda Adkins and Meagan Broussard and husband Nick; and her father Jim Adkins and wife Jodie of Pasadena, Texas and her step-sister Jill Marie Burkey. She was “Hunney” to seven grandchildren and nine nieces and nephews. Traci is predeceased by her mother Barbara Sue Sewell and a sister, Kimberly Sewell.

Traci received her Bachelor of Arts in social work in 2010 and her Master of Arts in social work in 2012. She used her education and desire to help others to work with the mentally ill since 2012 as a therapist/clinician at HCA Healthcare of Houston. She remained until her passing a beloved wife and mother, daughter and sister. She never met a stranger, and the ripples that flowed from her and through the lives she touched will endure as her legacy. She will be missed.

She enjoyed rehabbing wildlife, especially raccoons, and sitting on the patio working on the many relationships she cherished.

JEREMIAH 29:11
11 For I know the plans I have for you,” declares the LORD, “plans to prosper you and not to harm you, plans to give you hope and a future.

Every minute someone leaves this world behind. We are all in “the line” without realizing it. We never know how many people are before us. We cannot move to the end of the line. We cannot step out of the line. We cannot avoid the line. So, while we wait in line: Make moments count. Make priorities. Make the time. Make your gifts known. Make a nobody feel like a somebody. Make your voice heard. Make the small things big. Make someone smile. Make the change, make love, make up. Make peace. Make sure to tell your people they are loved. Make sure you have no regrets. Make sure you are ready, because the front of the line is closer than you know.

Traci was a beacon, whose light will continue to shine for eternity.