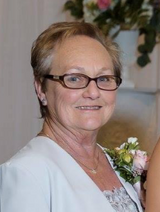 Memorial Candle Tribute From
Humble
"We are honored to provide this Book of Memories to the family."
View full message >>>
In Memory of
Sharon B
Hargrave
1947 - 2022
Menu
Send Flowers
Plant a Tree In Memory of Your Loved One
Click Here

Obituary for Sharon B Hargrave (Broussard) 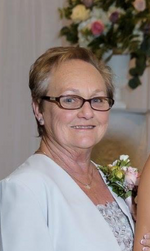 After years of battling heart complications, Sharon Kay Hargrave peacefully went to be with the Lord while surrounded by her loving family. She was greeted by her parents, Allen and Joyce Broussard, her uncle, Kenneth Broussard, and her brother, Robert Broussard, along with a number of other family members and friends.

Sharon was born in Kaplan, Louisiana to Joyce and Allen Broussard on February 24, 1947. She was a devout Catholic from the time she was born. She married the love of her life, Darrell, on December 22, 1966 after dating since the age of 14. They were the epitome of soulmates and best friends. Shortly after marriage, Sharon and Darrell moved to Lafayette, Louisiana. In 1975, they uprooted their family and moved to Deer Park, Texas. The two of them were blessed with three children. She supported Darrell in his career, which she was incredibly proud of. Following his career allowed the two of them to see the world together. As a result, they moved to Houston, Baton Rouge, then back to Atascocita. She enjoyed going to the casinos, giving to all, and being spontaneous. She had a zest for life and her spirit was incredibly contagious. Of all her accomplishments and adventures, her marriage and family are what she cherished the most.