Please enter the name and email details so that we can send your friend a link to the online tribute. No names or addresses will be collected by using this service.

Your email has been sent.

To share your memory on the wall of Nolan Richardson, sign in using one of the following options:

Your condolence has been posted successfully

Learn the benefits of ordering with us

The gesture that can change the world

Your email has been sent.

There may be a delay while processing. Please do not click the back button or refresh while a payment is processing.

Your donation has been processed successfully

A receipt has been emailed to the address provided. A receipt may also be printed.

Learn the benefits of ordering with us

The gesture that can change the world

Print
Nolan Dale Richardson was born February 2, 1943 to Opal May (Fields) and Harlen Richardson in Shattuck, OK. He passed away July 9, 2021, in Humble, TX.

On June 28, 1965, Nolan married Bobbie Tangney, to this union of 56 years, three sons were born. Kelly Ken, Chance Duane, & Michael Joseph.
Nolan and Bobbie moved to Houston in 1969 and founded Richardson Steel Yard, which has been in operation ever since.
Nolan was a dreamer and always starting a new endeavor. Going from a favorite B model Mack to giant forklifts, cranes, and push boats.
He was also very proud of his membership in the Sons of the American Revolution. He served on the Port Bureau Board of Directors starting in 2009, and moved up to the executive board in 2012. Nolan was selected as The Seafarers’ Man of the Year in 2010.
Proceeding him in death were his parents, Opal & Harlen Richardson, Thomas Tangney (father in law), Faye Kozlowski (mother in law) Donald Lee (brother), Lucy Tangney (sister), Louis Tangney (brother in law), S.E. Tangney (brother in law), Virginia Richardson, (sister in law), Sharon Richardson, (sister in law), Monita Tangney (sister in law).
Nolan is survived by his wife Bobbie, Sons, Ricky Harlen (Jamie), Kelly Ken (Amy), Chance Duane (Pam), Michael Joseph (Raelynn) Grandchildren, Shena, Danny, Dakota, Jesse, Kelsi, Kyle, Jace, and Jayden. Great grandchildren, Penny and Lincoln. Brother Kendall, sisters Glenda (Marvin), Gale (Danny), sisters in law Jan Richardson and Jann Tangney, along with many nieces and nephews.
In lieu of flowers , the Richardson family would like to request any donations be made to the Houston International Seafarers Center, Attn: Dana Blume, P.O. Box 9506, Houston, TX 77029, in Nolan Richardson’s memory, or to the Shattuck High School Alumni, P.O. Box 505, Shattuck, OK 73858
Read Less

Provide comfort for the family with a meaningful gesture of sympathy.

Show you care by sending Flowers

Consider providing a gift of comfort for the family of Nolan Richardson by sending flowers.

We encourage you to share your most beloved memories of Nolan here, so that the family and other loved ones can always see it. You can upload cherished photographs, or share your favorite stories, and can even comment on those shared by others.

Posted Jul 12, 2021 at 09:52am
These trees will be planted in remembrance of a Port Legend because Nolan truly was! Prayers for the entire family, so very sorry for your loss!!

Posted Jul 24, 2021 at 11:04am
Mr. Richardson was one of the kindest and generous people I’ve ever had the privilege of meeting. Being introduced to him and his family through a business relationship - it didn’t seem like business but extended family! The life he built , the legacy he leaves, will carry on for years to come! My sincerest condolences to those who loved him most - the family he loved so much.
Comment Share
Share via:
D

Posted Jul 24, 2021 at 10:05am
I just learned of Nolan’s passing this morning. I am in Delaware and wanted to offer my condolences to Bobbie, Michael, Chance, Kelly & Ricky along with their families for the loss of a true visionary. He is truly an inspiration. He made me want to be a better person. He was definitely a dreamer always looking for ways to build the business along with his sons. My heart is heavy today and will be for a very long time. Thinking of all of you during this time. I truly loved and respected this man who brought so much to so many lives including mine and my daughters. Nolan made the world a better place.
Comment Share
Share via: 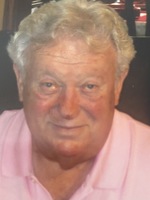 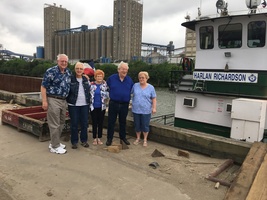 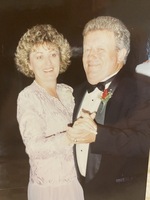 Sometimes extenuating circumstances make it difficult to attend a service. Memorial webcasting gives family and friends the opportunity to view a service live, online, from anywhere.

This event may be open-casket and the livestream may contain views of the deceased.

Connect with families at their time of loss.

By subscribing to email updates, you will receive two daily updates containing all new stories, photos, condolences, and more. You will also receive a one-time email, one week prior to the anniversary of death. The email will only serve as a reminder should you choose to connect with the family at what will no doubt be a difficult time.

Please select your relationship to the deceased and add your email address before submitting.

The following fields are required.

You have successfully been subscribed to email updates.

You should begin receiving updates within 12 hours. There will be instructions in the e-mail should you wish to unsubscribe, change your e-mail address, or otherwise configure your experience.