Memorial Candle Tribute From
Humble
"We are honored to provide this Book of Memories to the family."
View full message >>>
In Memory of
John Vincent
Salerni
1940 - 2021
Menu
Send Flowers
Plant a Tree In Memory of Your Loved One
Click Here 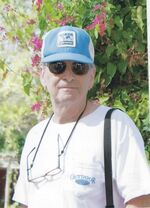 John Vincent Salerni was born on Jan 30, 1940, in Los Angeles, California, to John Salerni and Rose C. Salerni. He transitioned to the next part of his eternal journey on June 9, 2021, at his home in Kingwood, surrounded by his family. He was 81 years old.
Survivors include his wife of fifty-nine years, Joy, and his daughters, Sherry and her husband, Val Kadura, and Nina and her husband, Rick Dodgen. His two grandsons, Brandon and his fiancé, Samantha Taulbee, and Hunter and his partner, Matthew. His granddaughter, Christal and her husband, Maurice Fox, and two great grandchildren, his namesake, Vinny, and Marley Fox. He is also survived by his younger brother, Lou Salerni, who lives in California.
Vince graduated from Whittier High School in Whittier, California, and attended Long Beach State College. He worked part-time for Baker Oil Tools while earning his Bachelor’s Degree in Engineering, then continued to work for Baker full-time. Vince moved his family to Kingwood in 1978. He was a true Company Man. He became the manager of the Engineering Department and the members of his team were considered “family”. He stayed in the Baker Complex altogether for forty-seven years. That company is known as Baker Hughes today. He retired from Baker over fifteen years ago and enjoyed being able to spend more time with his family. He also spent time tinkering around in his home and yard.
Vince was a wonderful husband, father, grandfather, great-grandfather, son, and brother and will be missed by all of those who knew and loved him.
Funeral arrangements are being handled by Rosewood Funeral Home in Humble, Texas.