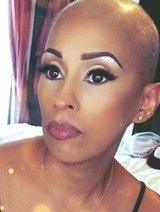 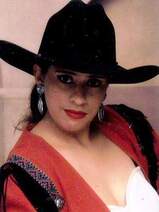 Memorial Candle Tribute From
Humble
"We are honored to provide this Book of Memories to the family."
View full message >>>
In Memory of
Christina Varela
Arzola
1975 - 2021
Menu
Send Flowers
Plant a Tree In Memory of Your Loved One
Click Here

Christina Bustillos Arzola lost her battle with cancer on Tuesday, June 1, 2021, in Houston, Texas. Born to Rosa and Pilar Bustillos on August 7,1975, she was only 45 when she said her final goodbyes.

Christina was born in Los Angeles, California and moved with her family to El Paso, Texas where she attended Andress High School. She married her high school sweetheart, Eric Arzola, in the early nineties and gave birth to two daughters and one son. In addition to being a wife and mother of 3, Christina enjoyed her years in the hospitality industry as a hotel manager.

As we say goodbye to our beloved mother, daughter, aunt, sister and friend, we leave behind some of our greatest moments that will now become our greatest memories. Christina will forever be in the hearts and souls of those she’d touched. As we part ways, we will be consumed with peace and happiness, as that was her last wish.