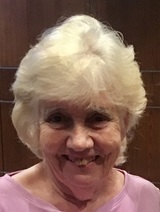 Memorial Candle Tribute From
Humble
"We are honored to provide this Book of Memories to the family."
View full message >>>
In Memory of
Rosemary Audrey
Alyea
1946 - 2021
Menu
Send Flowers
Plant a Tree In Memory of Your Loved One
Click Here 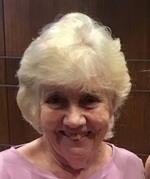 The world was introduced to Rosemary Audrey Alyea on April 4, 1946, to Edward and Gertrude Leahy of Brooklyn, New York. Rosemary was the baby of six children, and a spitfire from the day she was born. As an example of her independent temperament, at the age of 8, Rosemary would ride her bike down the shore from her house, roughly 10 miles away. She was always a free spirit that she carried through her entire life.

After losing her mother Gertrude, at the age of 16, Rosemary decided to move in with her eldest sister Regina to finish her high school career at St. Louis Academy, Staten Island, New York in 1965. She then took a job with AT&T in Manhattan, Rosemary enjoyed that job thoroughly. When she was 18 years old, she met John Bilello, after a year long courtship, they married. Rosemary and John had two children, Kerrie and John. Rosemary and John loved to explore, after living in Howell, New Jersey, they moved to Los Angeles, California and then finally settling on Texas.

While living in California, Rosemary fell in love with real estate and became an agent for Century 21. She was also the Principal of the CCD, at St. Bernadine of Siena Catholic Church. Rosemary cared deeply for her religion as well as her passion for real estate.

In 1979, Rosemary, John and the kids moved to Kingwood, Texas. Although their marriage did not last, Rosemary’s journey was just getting started. Rosemary met the man who would forever change her life, David Alyea.

Rosemary and David married January 1, 1988, in Lake Tahoe, Nevada. They loved to travel, gamble, eat great food, and laugh. While David worked at Exxon in Baytown, Texas, Rosemary continued to work in the field of real estate. First, she worked for Century 21 in Texas, and then Remax. Rosemary got an offer to manage Kennedy Wilson, an auction house, that auctioned off real estate properties that banks needed to sell. She flourished at that job, she really enjoyed seeing families purchase homes and fix them up to live in.

After the kids graduated from college, Rosemary and David had opportunities to live abroad due to David’s career with Exxon. For 6 months, they lived in Le Havre, France, and got to travel all over Europe. And then David was offered a special opportunity to help build a plastics plant in Singapore. For 3 wonderful years, they got to travel all through Asia and Australia. Throughout their marriage, Rosemary and David have traveled from one side of the United States to the other side.

One of Rosemary’s other passions was learning about history. She has read several books on George Washington, Thomas Jefferson and her favorite, John Adams. Rosemary also researched her Irish family roots; she has gone to family gravesites all over the East Coast learning about her family’s history. She has taken extensive notes and regaled stories of her ancestors to her children and her relatives.

In lieu of flowers, a memorial gift may be made in her honor to St. Jude’s Children Hospital or MD Anderson Foundation.

Rosemary’s funeral service will be held at Rosewood Funeral Home in Humble, Texas, at 10am. There will be a celebration of her life after the burial at Amadeo’s Restaurant located at 22704 TX-494 Loop, Kingwood, starting at 12:30pm.