In Memory of
June Marie
House
2021
Click above to light a memorial candle. 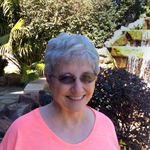 June M. House, 77, peacefully passed away in her Kingwood, Texas home, surrounded by family, on April 28, 2021.
June was born and raised in Chicago, Illinois. In an eventful twelve months, June married her high school sweetheart in August 1965, graduated from DePaul University in February 1966 and had her first child in June 1966.
June was an amazing wife and mother. As a wife, she was a supporter, an entrepreneur, a business manager, a travel companion in adventures around the world, and a constant guiding light. As a mother, she masterfully balanced guidance with freedom and has become a parental model not only for her own children, but for many of her children’s friends who knew and loved her as they were growing up. As a friend and companion, she was an avid bridge, poker and game player, and helped instill this love of games in multiple generations of her family.
June is survived by her husband of 55 years, Donald House; her four children, Cheryl, Scott, Corey and Steven, and their spouses; and her eleven grandchildren.
Visitation will be Tuesday, May 4th from 4 to 7 pm at Rosewood Funeral Home in Atascocita at 17404 West Lake Houston Parkway, Humble Texas, 77346. Funeral services will also be held at Rosewood on May 5th at noon.
In lieu of flowers, please consider donating to American Cancer Society. If you would like to write something about June’s life, please sign the guest book.