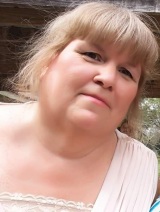 Memorial Candle Tribute From
Humble
"We are honored to provide this Book of Memories to the family."
View full message >>>
In Memory of
Wanda Gayle
Seton
1962 - 2021
Menu
Send Flowers
Plant a Tree In Memory of Your Loved One
Click Here 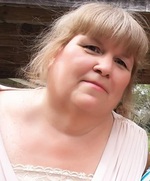 Wanda “Gayle” (Hogland) Seton (affectionately known as Meme) was born to Dora Gay and Johnie Myres Hogland on March 14, 1962 in Houston, Texas. Gayle grew up in a loving Christian home with her two older brothers, Eddie and Dale, as well as her younger sister, Nancy. The importance of family and God was instilled in her throughout her childhood, and she carried that legacy into adulthood. In 1981, she met William Richard Seton (Bill) of Houston, Texas, whom she married in 1985. The two centered their lives around raising their two children, Crystal Gayle Seton and John Richard Seton (Ricky) in Houston and later in Conroe, Texas on a piece of the family property. In Conroe, Bill and Gayle continued to raise their children amongst their extended family with many memories shared between grandparents, parents, siblings, and cousins over the years. Gayle worked for and retired from Conroe ISD as a bus driver. She loved to share stories of her “kids” on the bus as she had always had a great love for children. Eventually, Bill and Gayle even shared in the raising of their two granddaughters, Katelyn and Leah Seton. Throughout their time in Conroe, they were faithful and active members of Living Word Church, Glad Tidings Pentecostal Church of God, and finally, The True Light Church serving in children’s ministries over the years. Gayle leaves behind a legacy that reflects the simplicity of what it means to love Jesus-- being kind, loyal, and forgiving. She showed kindness to everyone. She was loyal to her family and friends. Her life was not without trials, but she met those trials with forgiveness, prayer, and faith. She is preceded in death by her father, Johnie Myres Hogland, and mother, Dora Gay Harper Hogland. She is survived by her husband William Richard Seton (Bill), her siblings Johnie Hogland (Eddie) and his wife Jessica, Arnold “Dale” Hogland, Nancy Catchings and her husband Donald, her daughter Crystal Seton, son John Richard Seton and wife Courtney, her granddaughters Katelyn and Leah Seton, and many nieces and nephews.