Memorial Candle Tribute From
Humble
"We are honored to provide this Book of Memories to the family."
View full message >>>
In Memory of
Robert Edward
Furlough
1946 - 2021
Menu
Send Flowers
Plant a Tree In Memory of Your Loved One
Click Here 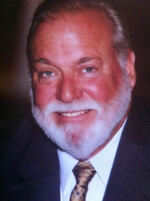 Robert Edward Furlough passed away peacefully on February 10, 2021 in Houston Texas. He was born in Nashville Tennessee on August 19,1946 and made his life in Houston Texas. Robert met the love of his life Sherry and immediately married her upon graduating Galena Park High School in 1965. He moved his family to Humble Texas in 1977 where he ventured into his life's work manufacturing buildings in the Oil & Gas Industry.

Robert was a lover of music, cooking and Wild Turkey. Anyone that knew him fell in love instantly. Three months out of every year he went to his Deer lease in Sonora Texas where he made endless memories with so many people for over 51 years. It was his favorite place on earth and one that he held very dear to his heart. Robert lit up a room when he entered with his strong presence and magnetic personality. He ALWAYS captured your attention with his hilariously amazing stories and endless jokes. He was truly a blast!

He leaves behind his loving and devoted wife of almost 56 years, Sherry Caffey Furlough.
He was Daddy to his two daughters: Chanda Combs (and her husband Hank) and Christy Huckaby (and her husband Jeff), he was Paw Paw to five grandsons: Asheton Furlough (and his wife Haley) Gunnar Rea (and his fiance Emily) Braedon Furlough, Fisher Huckaby, and Ryder Huckaby. Prior to his death he became a brand new G-Paw Paw to his first great grandson, Brazos Furlough whom he did get to meet and hold in his arms.

He was best friend, Uncle Robert, and simply Mr. Furlough to too many others to mention and his wisdom, wit, and the ability to create a great memory or two for most everyone that knew him will be greatly missed. Although we can no longer see him with our eyes, we will feel him in our hearts and remember the impact he had on each and every one of us FOREVER.