Memorial Candle Tribute From
Humble
"We are honored to provide this Book of Memories to the family."
View full message >>>
In Memory of
James Lewis
McGavern
1946 - 2020
Menu
Send Flowers
Plant a Tree In Memory of Your Loved One
Click Here 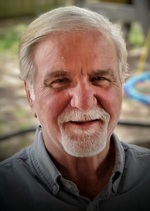 James "Jim" McGavern died peacefully with loved ones at his side in Deer Park, Texas on December 24, 2020 at the age of 74.

James is survived by his daughter and son-in-law, Megan and Luke Nawrot; grandchildren, Olivia, Annabelle, Adeleine, Everly and Lucius; stepson, Brandon Little; sister, Maureen McGavern of San Antonio; brother, Bill McGavern and wife, Betty of Austin and their two children, Mathew and Melissa. He is preceded in death by parents, Margaret and Lewis McGavern of Austin, Texas.

James was born on November 17, 1946 in Erie, Pennsylvania. His family soon moved to Austin, Texas where he graduated from Stephen F. Austin High School in 1964. He went on to the University of Texas and pursued a degree in Aerospace Engineering. Upon graduation in 1968, he served in the United States Army from 1969-1971. He was assigned to NORAD at Peterson Air Force Base in Colorado Springs, Colorado. James was discharged with full honors and moved to Houston, Texas to begin his longstanding career with the space program. As an Aerospace Engineer, James worked with NASA for over 30 years and helped in the development of flight plans for their space shuttle fleet.

James played the saxophone, tennis, and enjoyed bowling throughout his younger years. He also took pride in carrying on the preservation of the family genealogy, including photographs and memoirs. Being a devoted father and grandfather was of the utmost importance to him. His kind and gentle spirit was instantly recognized by all who met him.

The family would like to express their gratitude to the staff and residents and the Morada of Deer Park, Lisa Estremadoyro and the caregivers of Interim Healthcare, and the A-Med Hospice team for all of their care, support and prayer.
Printable
Share on Facebook