Memorial Candle Tribute From
Humble
"We are honored to provide this Book of Memories to the family."
View full message >>>
In Memory of
Donald Lee
Roe
1936 - 2020
Menu
Send Flowers
Plant a Tree In Memory of Your Loved One
Click Here 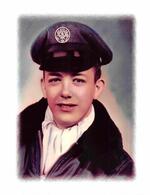 Second born to Lucy and Victor Roe on January 8th, 1936
in Henryville, Indiana. Grew up loving to hunt pheasant and fish
with his brothers and cousins and his Uncle Junior.

Graduated Henryville High School in 1953.
Shortly after, family moved to Vicksburg, Mississippi
for his fathers work.

Was an Air Force man, served our great country.
After leaving the Air Force, he went to work as an
air traffic controller with the FAA. Enjoyed a full carrier.

He enjoyed many hobbies through the years.
Was a volunteer for many years at Jesse Jone’s Park.

A loyal husband, father, son, brother and friend to many.

His wife, Jane preceded him in death 15 months earlier.

He is survived by his daughter Susan Roe Brueggeman
and her husband Todd of Spring, Texas, his son Martty
and his wife Karen of Indiana.

Also survived by his brother Tom and Helen Roe of California,
brother Ronnie Roe of Mississippi, brother Billy and Mona Roe
of Arkansas, brother Bob and Claire Roe of Louisiana and
sister Vicki and Wayne Pugh of Louisiana. And several nieces and
nephews and cousins. And many friends.